What is the clinical benefit of adjuvant chemotherapy for patients with stage III operable NSCLC?

Guideline contents > What is the clinical benefit of adjuvant chemotherapy for patients with stage III operable NSCLC?

What is the clinical benefit of adjuvant chemotherapy for patients with stage III operable NSCLC?

The management of Stage III NSCLC has been divided into sections dependent on whether the disease is considered operable or inoperable at the time of diagnosis.

Stage III NSCLC encompasses a broad spectrum of disease extent from tumour involving a single nodal station identified only postoperatively despite extensive pre-operative staging to involvement of multiple contralateral mediastinal nodes and supraclavicular nodes appreciated on clinical examination. In patients with clinically equivocal involvement, pathological confirmation of nodal status should be made if it will influence management options.

The decision as to operability should be made in a multidisciplinary setting.

Patients with Stage III NSCLC may be deemed inoperable because of patient factors (the patient’s respiratory function or co-morbidities may preclude operative intervention or the patient may choose not to proceed with surgery) or tumour factors (the extent or location of gross disease might make surgical resection technically impossible, for example left sided tumours with mediastinal nodes to the right of the aorta, N3 nodal involvement and most T4 tumours).

In the absence of other factors precluding surgery, patients with N1 disease should be considered for surgery. Patients with confirmed N2 disease should not be treated by surgery as the sole modality, but resectable cases may be considered for a multimodality approach. There is no consensus on the distinction between resectable and unresectable N2 disease. Factors influencing assessment of resectability include nodal size, number of stations involved, extracapsular extension and involvement of the recurrent laryngeal nerve.

Operable stage III non-small cell lung cancer (NSCLC) has a poor prognosis although considerable heterogeneity in the T and N classifications of stage III disease results in variable five year survival rates e.g. 15-35% and 5-10% for stages IIIA and IIIB disease, respectively.[1] Operability may be determined on medical or surgical grounds or for reasons of patient preference. The true extent of heterogeneity of stage IIIA disease can further refined by sub-classifying N2 involvement.[2] Stage IIIB NSCLC with N3 disease is considered inoperable although surgery may be indicated for carefully selected patients with T4N0-1M0 disease.[3] The prognosis of stage III NSCLC is poor because the risk of death originates from either locoregional recurrence or distant recurrence. Therefore, treatment strategies in operable stage III disease have been designed to counter both types of relapse. In addition to radiotherapy, chemotherapy may be given preoperatively as neoadjuvant or primary chemotherapy or postoperatively as adjuvant chemotherapy, or as both.

As has been shown convincingly for breast and colorectal cancers, the overall rationale for post-operative chemotherapy for resectable or resected node-positive NSCLC is the delivery of a systemic modality of anti-cancer treatment that may reduce risk of death from micrometastatic disease. Nonetheless, cytotoxic chemotherapy is a significant cause of morbidity and mortality that may militate against its beneficial effects.

The rationale for adjuvant chemotherapy is accurate knowledge of pathological stage and prognosis, and its major disadvantage is the lower rate of delivery in the post-operative setting.

The 1995 Non-Small Cell Lung Cancer Collaborative Group meta-analysis based on individual patient data[4] indicated that cisplatin-based chemotherapy after surgery might increase survival (hazard ratio [HR] 0.87, 95% CI 0.74 - 1.02; p=0.08), and was equivalent to an absolute benefit of 5% at five years. This study sparked a number of randomised controlled clinical trials designed to provide a definitive answer to the question of the role of adjuvant chemotherapy in resected NSCLC. The results of these studies have been inconsistent leading to the conduct of two independent meta-analyses based on individual patient data.[5][6]

In the meta-analyses from the NSCLC Collaborative Group, an absolute improvement in five-year survival of 5% (95% CI, 3-8) for stage III disease (from 30% to 35%) was observed. In all but one trial (CALGB 9633), cisplatin was the platinum agent. Although there was no evidence of difference in the effect of chemotherapy between stage III NSCLC patients with good and poor performance status, an increasing relative effect of chemotherapy with improving performance status (PS) (trend p=0.002) was noted and was consistent across trials.[6]

In the LACE meta-analysis[5], a 17% reduction in risk of death for stage III NSCLC patients was identified with the HR being 0.83 (95% CI, 0.72 - 0.94) in this group. Chemotherapy was likely to be detrimental for patients with PS of 2. A small excess of non–lung cancer deaths was observed in the adjuvant chemotherapy group in the first six months, which corresponded to a 2% decrease in survival after chemotherapy from 98.6% to 96.6%. The non–lung cancer deaths were mainly related to chemotherapy toxicity and an excess of pulmonary/cardiovascular deaths. Significantly more elderly patients (≥ 70 years) died from non-lung cancer-related causes, and elderly patients received significantly lower first and total cisplatin doses, and fewer chemotherapy cycles.[7]

Interestingly, longer term follow up of IALT[9], which was the largest study in the LACE meta-analysis, showed continued survival benefit of adjuvant chemotherapy but which was no longer statistically significant. Although the survival benefit continued to be manifest as reduced recurrence rates at local and distant sites (with the exception of brain), its extent may have been diminished by accumulating non-lung cancer deaths more than five years post-randomisation. The statistically significant causes of non-cancer deaths were infections and circulatory and respiratory diseases rather than second cancers.[9]

In a more recent randomised controlled trial, Shen et al[10] reported on 140 patients with stage IIIA-pN2 NSCLC who were randomised to receive adjuvant chemotherapy or chemoradiotherapy. However, the study closed early, fell short of its target sample size of 300, and had an inadequate follow-up period. There was no statistically significant difference between treatment groups for overall survival, which was the primary endpoint of the study.[10]

Finally, in a subgroup of NSCLC patients at high risk of significant morbidity, the North American intergroup 0160/Southwest Oncology Group (SWOG)[11] 9416 reported on 111 patients with T3-T4 N0-N1 superior sulcus tumours. Patients were treated with neoadjuvant cisplatin and etoposide and concurrent radiation to 45Gy in 25 fractions. Following restaging at two to four weeks, patients with stable or responsive disease underwent thoracotomy. All patients were to receive an additional two cycles of chemotherapy. With this approach 75% (83 of 111) patients completed the entire treatment regimen. A complete resection (R0) was possible in 75 patients (90%) and gross total resection (R0 or R1) in 76 patients (92%). A five-year survival of 44% was reported for the entire group and for cases in which a complete response was achieved, the five-year survival was 54%. The authors reported these results were achieved with acceptable morbidity and mortality. The mortality rate was 2.7%.There was no information on quality of life.[11] 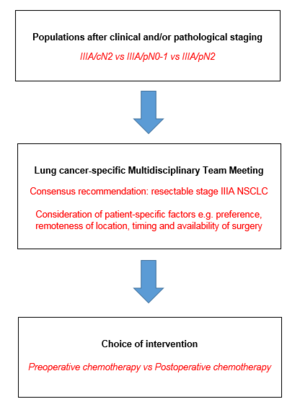 Figure 1. Neoadjuvant and adjuvant chemotherapy and the MDT